You know I have said this many times, do not get into any serious relationship with anyone in Thailand, but to each his own. Most women that I have seen out there never took a relationship serious with a man they were interacting with long distance. They will pick up the phone to the guy over seas giving them money every month even when they have a guy sitting right next to them. But let’s say you have been communicating with a woman you are not in a serious relationship, maybe you two had a good time the last time you were there and you will be in Thailand soon and you want to see her again? What if you two had been corresponding for a while and then when you get there she is nowhere to be found or she flips out on you all of a sudden? Has this ever happened to you? Well here is why….

The reason why she is nowhere to be found or she flipped out on you out of nowhere and she blocked you, is because she has a boyfriend and he is probably in Thailand at that particular moment visiting or he is on his way. I know guys who were dealing with women in Thailand who this happened to, and they know that they are out and about in the clubs every single night, but when they get there, she is nowhere to be found. When these women have their main dude flying in to Thailand, they avoid the nightlife at all cost just so they won’t run into any of the guys they have slept with in public while she is with her boyfriend. Most of the pictures they take together are in the house, or doing some outdoorsy type of activity in a secluded area where there are not too many people around. While you are sitting back thinking she’s crazy, she’s trying to plan out how she is going to cut all ties with every guy that has been blowing her up for months (whom she has slept with) and trying to avoid drama while she is with her boyfriend. This scenario happens in every country, not just in Thailand, but this is a travel blog lol.

Soon as the boyfriend leaves and goes back to his home country, then she patches things up with all the guys she cursed out a couple days or weeks prior. Fellas, don’t deal with someone like that. If you know someone a woman who is being sneaky and cheating on their so called “significant other”, which most of them do, disassociate yourself from that person and get with another woman. It’s that simple! You sitting their confused and in your feelings wondering about one woman over there, and when you try to figure out someones angle and what they are up to, the only person who is going to get dizzy and confused is you. Because instead of just being honest and saying “Hey my boyfriend is in town, I won’t be available for two weeks”, she decides to disrespect you out of nowhere and cut you off for a little while. She was being disrespectful in the first place claiming somebody and cheating on him, and if someone is that slick, just imagine what they could have done to you if they were really mad or if they needed some money and you do not decide to give them anything. You know how certain people operate, you know if she goes to the same two clubs overnight. If you have been there for 2 weeks and you haven’t seen her out and about at the same hang out spots that she is usually at, more then likely she is with her “boyfriend”, plain and simple. Let them go and charge them to the game (Charge them to the game just means to let a person go and to disassociate yourself from that person). You could of been cool with her for years, it doesn’t matter, when the main guy shows up you’re history. Nothing wrong with adding the women you deal with on Social Media and keeping in contact with them, just know that when that happens it’s time to cut ties. 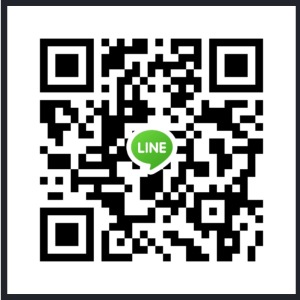 Download the app Line messenger and add me by scanning the QR code above.

iThere are no comments